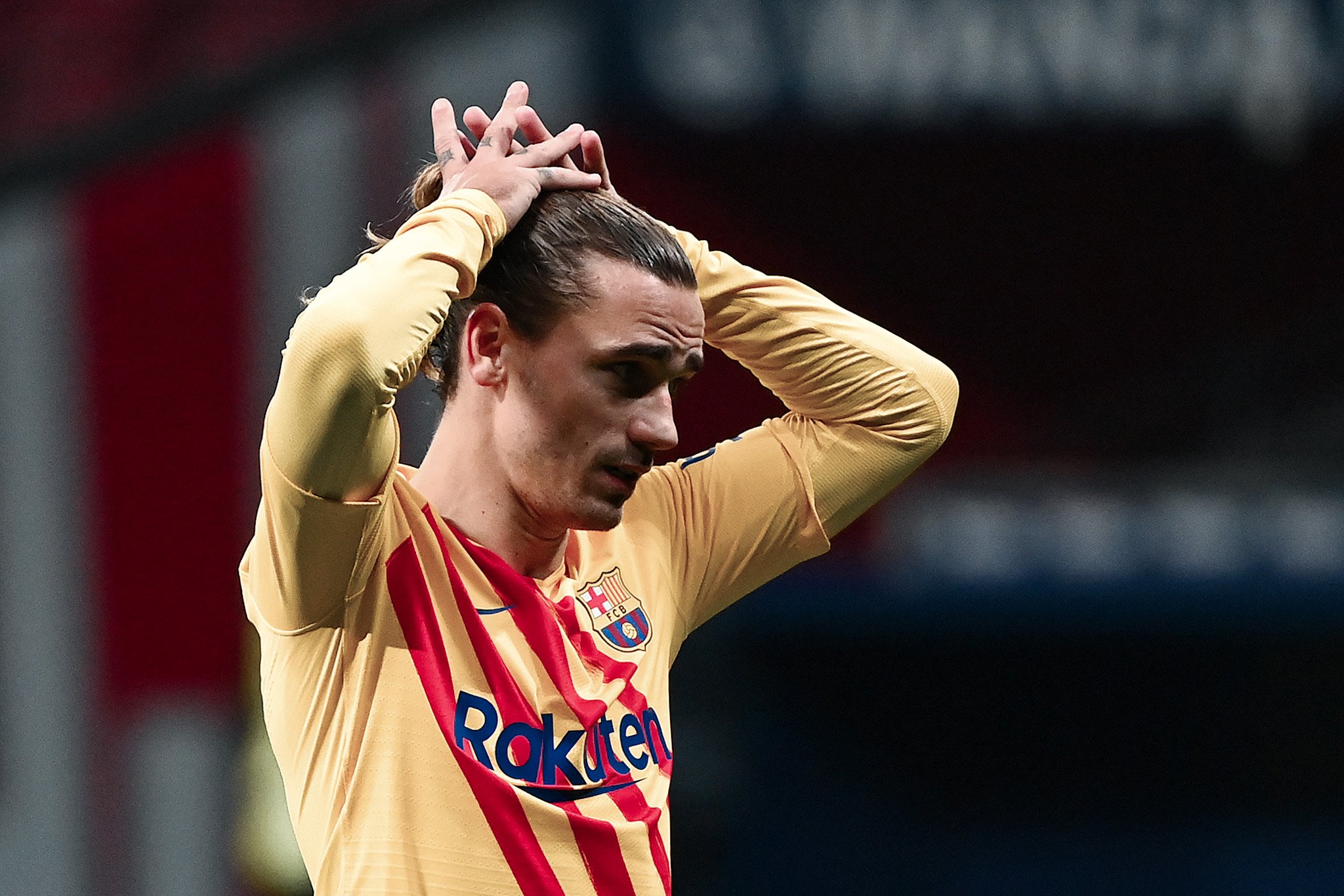 A match between two of Spain’s biggest teams was not the exciting football that would be expected. A well-drilled Atletico Madrid side reduced an uninspired Barcelona team to very little. Here are 3 takeaways from the match.

The game against Atlético Madrid proved to be another disappointing fixture for Barcelona this season. It was not just the result that should worry fans, but how they lost. The Catalans looked like a side that was out of ideas, drilled with little no motivation.

Culés are all aware of the mess behind the scenes at the club. The lack of a competitive squad, financial troubles, La Masia ignored, and an incompetent board still remain. However, the same issues on the field still persist without any signs of changing. A new manager was brought in, and a new-look squad was partially assembled to fix the shortcomings of the team in recent seasons.

Even with all of the changes since the beginning of the season, it seems little has actually changed on the pitch. Still, the Barcelona manager insists on playing attacking midfielders on the wings. This has never worked once over the last five years. The defence is still too open, and the team lacks creativity going forward. Players are still being played week in week out based on their status at the club instead of on merit. And, finally, the team is still too mentally fragile and lacks real leaders.

Furthermore, the injuries continue to mount up, and Barcelona are once again left with a limited squad. Clément Lenglet is currently the only fit first-team centre back at the club. It seems as though even the great Lionel Messi cannot save his club anymore, as Barça have repeatedly failed to take any of the pressure off of his shoulders and still depend on him to win games.

The only team Lionel Messi is haunting this season is his own. (Photo by GABRIEL BOUYS / AFP)

Lionel Messi is, without a doubt the greatest player in the history of Barcelona. He has been the main man behind the most successful period in the club’s history. Messi has brought magic to every stadium he has played in. The Argentine was, at one time, simply unstoppable and could decide a game at any moment from any position on the pitch. This season is different though, as the forward looks like a shadow of his best version.

Messi had an uncharacteristically quiet evening against Atlético Madrid. The forward struggled to make a significant impact on the game. A lack of options from his teammates and an inability to find their captain in dangerous positions are a major reason for this.

The away side had no game plan on how to break down Los Rojiblancos stubborn defence. There was no fluidity in attack, and the front four just strolled around aimlessly for much of the match. It is obvious the lack of chemistry between the players and the Messi – Antoine Griezmann partnership does not work as they want to play in the same areas. Having Pedri start out wide, and then Philippe Coutinho, offered very little and did not get the best out of either player.

As painful as it is to admit, the legendary captain’s heart no longer seems to be in Barcelona. There is clearly a limit on the great man with how many times he can be let down by his teammates and the club’s hierarchy. To make this worse, the media try to frame the Argentine as the reason for the problems at the club. This could not be further from the truth. It is disgraceful to see the club’s greatest ever player being treated this way and having to consider leaving under these circumstances.

2. Too many defensive problems

The Blaugrana have been fragile at the back for quite some time now. However, the same back four are still almost undisputed starters. After the three huge humiliations in the UEFA Champions League in a row, defeats in the Copa Del Rey and poor performances in La Liga, the situation still does not improve.

Only during the last transfer window was genuine competition signed at right-back for Sergi Roberto. This came in the form of 19-year-old Sergiño Dest. Gerard Piqué and Clément Lenglet have remained unchallenged in their starting role for too long. Lastly, Junior Firpo has been completely forgotten about, and Jordi Alba is still an unchallenged starter.

There is a clear lack of cohesion at the back. (Photo by GABRIEL BOUYS / AFP)

Against Atlético Madrid, Piqué and Roberto both suffered nasty looking injuries. This leaves Barcelona with one fit centre-back in Lenglet. The inexperienced but highly rated Ronald Araújo is injured, and Samuel Umtiti has rarely been fit since 2018. Even when the Frenchman has managed a rare appearance, he has been nowhere near his best level. The planning from the club’s hierarchy has been short-sighted, to say the least.

In the first half, Barça were all over the place defensively and players were caught out of position. The goal came from the Catalan sides right flank once again. A loose touch from Piqué allowed one ball over the top to be played and Yannick Carrasco was through on goal. Marc-Andre ter Stegen did not cover himself in glory, but he should not have been put in that situation in the first place. It is not looking good for the Spanish giants defensively.

Ronald Koeman took the managerial position when the club had been at their lowest point in decades. The former Dutch national team coach was not able to build his own team in the transfer window due to financial restrictions. Additionally, he has still only had a limited time to impose his ideas, and the team are still learning his style of play.

With this being said, there are still signs that Koeman is out of his depth. The biggest issue is his stubbornness in ignoring Riqui Puig and Carles Aleñá. At the Wanda Metropolitano stadium, Barcelona were desperate for an injection on energy into the midfield. Though the formation does not necessarily suit the talented youngsters, it has to be time to consider a switch back to the 4-3-3 formation.

Maybe hiring Koeman after the Everton disasterclass was not an intelligent option for the Barcelona administration. (Photo by GABRIEL BOUYS / AFP)

“It was a tough game. The opponent closed the spaces, and they made things difficult for us. The timing of the goal was bad.”

Koeman’s 4-2-3-1 formation is clearly not working. It was designed to accommodate Frenkie de Jong and Sergio Busquets being able to play together. However, this partnership is not compatible. Moreover, the central attacking midfield position has offered almost nothing in terms of creativity.

The curse of strange substitutions continues to be a problem. This was the same under Ernesto Valverde and Quique Setién. Ronald Koeman has a lack of a plan B. If Barça are behind it becomes a case of throwing on any attacking option from the bench and hoping for the best. This was again an issue against Atlético Madrid as the substitutions had almost no impact on the match.