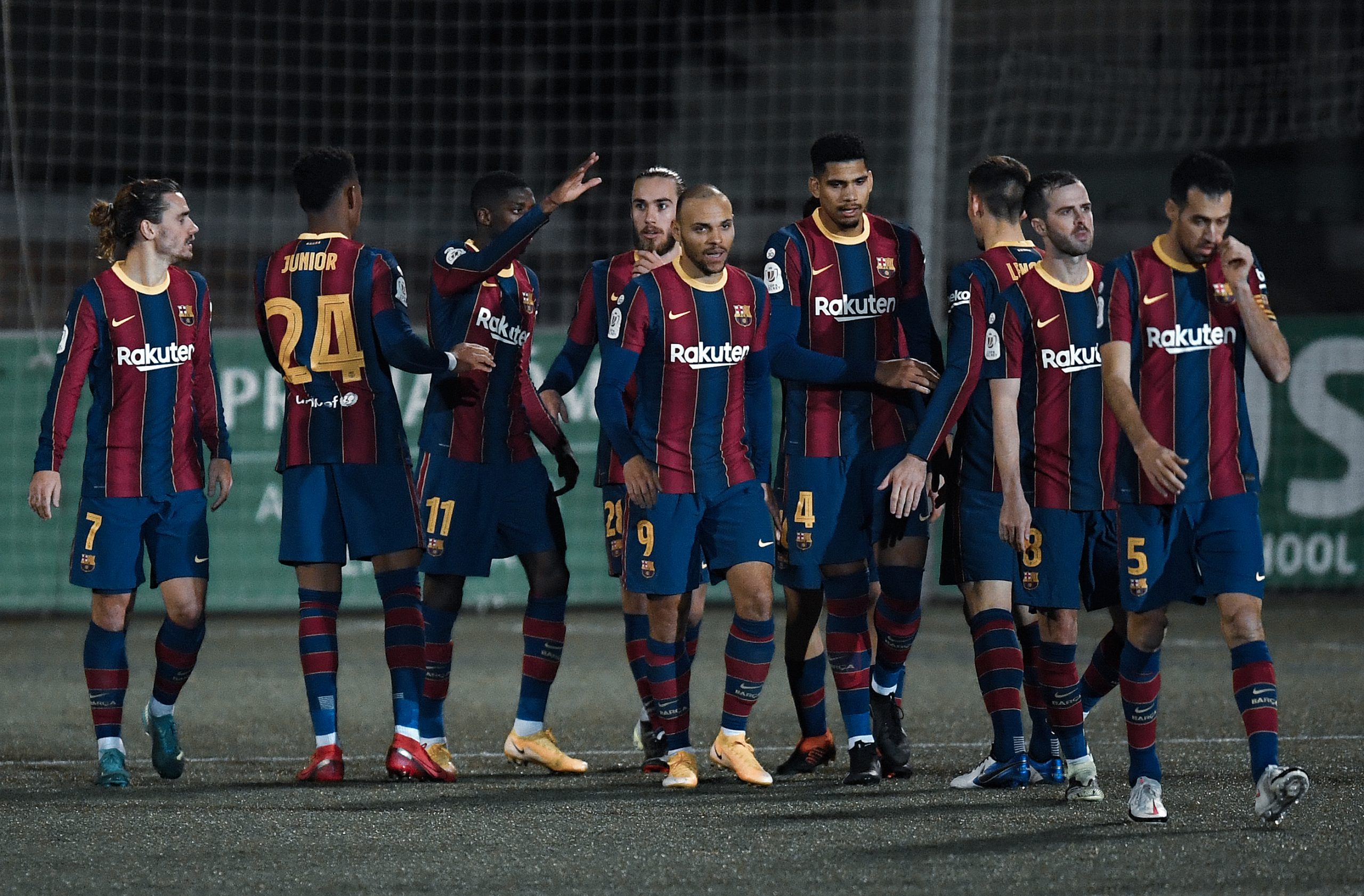 Having previously seen Spanish titans like Real Madrid and Atlético Madrid succumb and eventually break under pressure of the new Copa del Rey format, Barcelona’s game against Cornellà was always going to be tough.

After all, it’s the underdogs that have the advantage in a one-off game, playing at their own stadiums – as good or as bad as they may be – and giving their all in a game, that’s for them, larger than life. Still, while they did have to go to the full 120 minutes for the third consecutive game, Barcelona clinched their spot in the next round of the tournament.

But as expected, they suffered along the way – a lot. The main thing, as always, however, are the lessons Ronald Koeman takes with him to the remainder of the 2020/21 campaign.

And yesterday evening, there were many takeaways once more. So without further ado, here are three lessons learned from Barcelona’s 2-0 victory over Cornellà.

Cup games are always a very weird occasion. In the very early stages of the competition, big clubs like Barcelona tend to field heavily-rotated squads to give fringe players a chance to prove their worth. This was very much the case with yesterday’s game as well.

The likes of Riqui Puig, Francisco Trincão and Miralem Pjanić finally got to start an official game while youngsters like Ilaix Moriba and Konrad de la Fuente were also given a shot to impress the gaffer. Of course, some were still successful, which we’ll touch upon shortly, but others not so much.

Still, yesterday’s clash felt like a big missed opportunity for all three of Puig, Trincão and unfortunately, Antoine Griezmann once again. Let’s start with the third player first. Griezmann is a player whose qualities were never in doubt.

The Frenchman is a seasoned forward on an elite level and that much, we can be sure of. However, it’s his role in this Barcelona side that’s been questioned time and time again. And for good reason, sadly.

Griezmann can’t seem to operate in his preferred, free-roam role while Lionel Messi is playing but unfortunately, even without the Argentine on the pitch, Griezou is simply not the player we thought he’d be.

The Cornellà clash was another indicator he cannot really lead this team in Leo’s absence. And of course, it may be unfair to judge him for his display in a Cup game, on a lacking pitch and in challenging conditions but a leader has to do more.

Puig and Trincão, on the other hand, are players who simply have to take every chance they get and grasp it with both hands. Both are fringe players who usually come off the bench or don’t even play at all so Cup games are where they have to shine the brightest.

Neither, however, should be happy with his performance yesterday. Puig got booked merely six minutes into the clash and in the end displaced numerous passes before being taken off at half-time. Trincão finally showed some of the dribbling skills he was known for back in Portugal but ultimately failed to make a difference when it mattered the most.

The dribblings looked nice but were not effective at creating advantages on the pitch, resulting in only aesthetical values. He too was taken off before the final whistle and his replacement quickly outshinned him as well.

Needless to say, when the spotlight was on this trio, they couldn’t perform and it will be interesting to see what Koeman makes out of the whole situation.

2. Still a team in disarray

In 2020/21, Barcelona are likely to get but a few chances to claim some silverware for their troubles. The Supercopa against Athletic Club was one of them and the Azulgranas let that one slip through their fingers. La Liga and the Champions League are still on the table but both look more like distant dreams than real options at the moment.

Which brings us back to the Copa del Rey – a competition they are known for dominating and a crown they compete for every single year. This year, however, it may be more important than it was for a very long time.

With other options slowly fading away, the Cup title may be the only one achievable for Koeman this season. This is all the more reason why this team should be performing much better.

Yesterday’s performance was not good enough, even when the whole circumstances are taken into account. Playing a third-tier team might sound easy at first but these games are nothing but difficult, even for teams of Barcelona’s calibre.

With all of that being said, however, the Catalans need to be showing much more if they are to claim any silverware this year. The Cup doesn’t hold that much importance in the grand scheme of things but this squad needs a major win and needs it fast.

At this stage, such a victory could change their fortunes altogether and following a disappointing end to the Supercopa, returning to the throne of the ‘King’s Cup‘ would surely be a morale booster if there ever was one.

Still, there’s a long way to go to finally get there and lots of things will have to change. Hopefully Koeman is also aware of the fact that this is not the level required to win anything, let alone such an unpredictable tournament like the Copa del Rey.

But maybe tough challenges and unpleasant situations are exactly what this team needs as it may shape them into winners yet.

Let’s end the piece on a positive note. Yesterday was a pretty rough night for the Catalans. Ultimately successful, yes, but still far from perfect. However, there are some good takeaways too and without a shadow of a doubt, Ronald Araújo is one of them.

The young centre-back is Barcelona’s revelation of the season and has blossomed into a leader under Koeman’s guidance. At 21 years of age, Araújo is already showing signs that he’ll become a world-class defender in the near future.

Or let us rephrase that, he already has the makings of a world-class defender and soon, he should be recognised as such. Of course, nothing is set in stone in football and one should not jump to any conclusions. But in all of Barcelona’s shaky performances this season – and there have been many – the Uruguayan has been the only positive constant.

Last night’s clash was no different. According to SofaScore’s database, Araújo ended the game with the highest remarks, registering five clearances, two blocked shots, one interception and four tackles for a complete and dominant defensive display.

Not only that but he was also not dribbled past once throughout the game and won all nine of his ground duels (100%) and 9/11 aerial duels (81%). Add to that the penalty he won and you get an incredible performance on the night.

The future certainly looks bright for the 21-year-old and at he moment, he is among the only positives 2020/21 has brought to the Catalans.

Ronald Araújo has played 360 minutes of football in the span of 8 days, while putting on a defensive show. pic.twitter.com/gJzPPYXjt6

Of course, we shouldn’t overlook Pedri, who singlehandedly changed the course of the game, but now, the spotlight is rightfully Araújo’s. Here’s to many more in the near future.