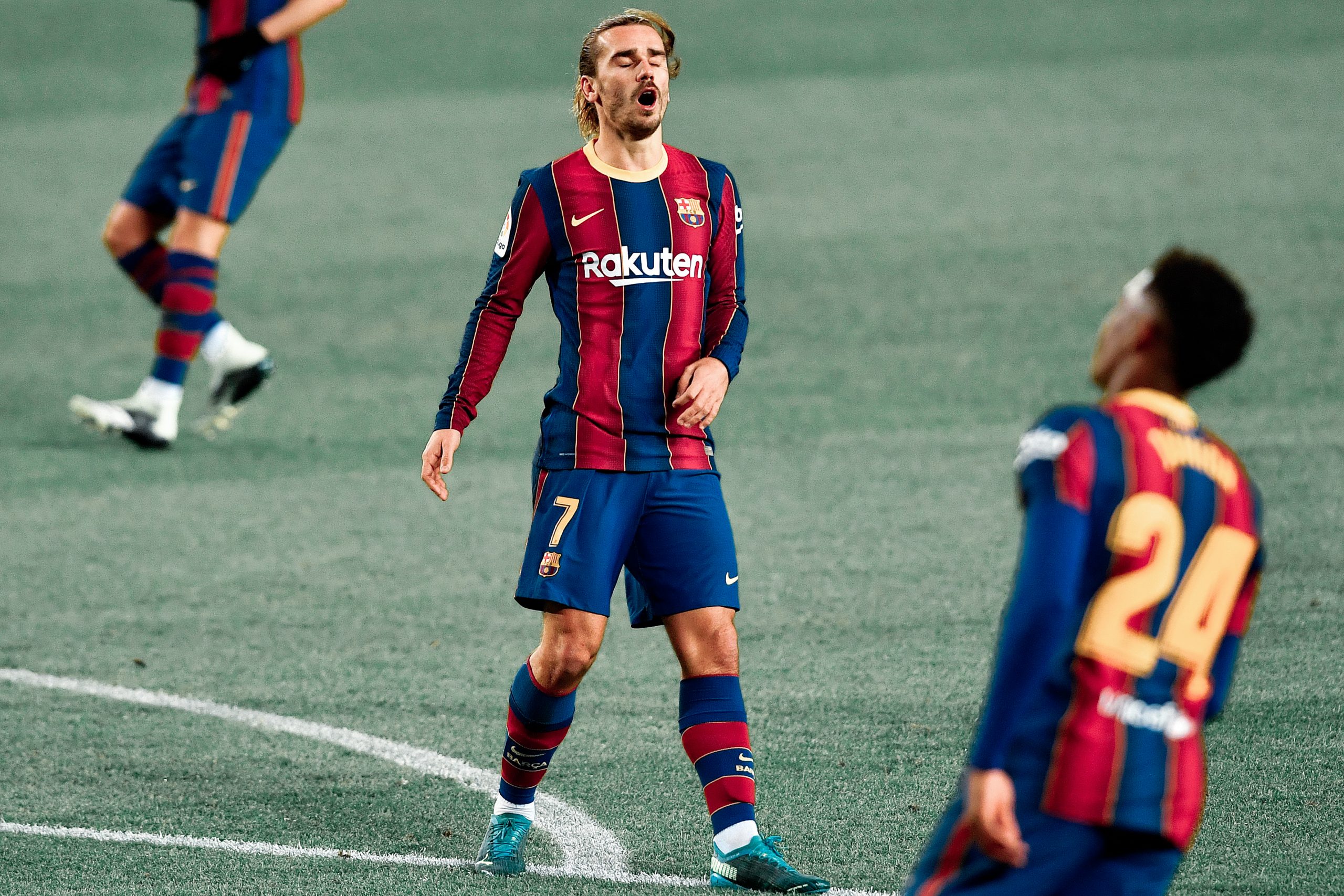 As the team sheet was announced, there was a lot of joy and despair among Barcelona fans as they saw Ronald Koeman continuing with the 3-4-2-1 which was largely successful against Real Valladolid. On the contrary, it was a risky move given the intense pressing deployed by Eibar in the midfield.

That despair turned out to be true as Barcelona fell to a 1-1 draw at home, owing to, in some parts, horrible defending, and poor finishing. All in all, an abysmal performance from Barcelona on both ends of the pitch as they could barely keep up with Eibar’s intensity, who picked up their first point at the Camp Nou in La Liga history.

This was Barcelona’s chance to enter the top 4 for the first time since the season started, but they could not rise up to the occasion. Barça Universal runs the rule over the game, brining the three major takeaways from an otherwise disappointing outing.

1. It is not all Koeman’s fault

There is little to no doubt over Ronald Koeman’s inability to handle a club of Barcelona’s stature. Much like Quique Setien, he is not the right man for the job, and despite being a club legend, is not capable fo inserting courage and confidence in his players.

That said, there is only so much he can do.

After being criticised for being too rigid, Koeman has tried four different formations, with all of them working only temporarily. He has also moved away from the solitary double pivot in the centre of the park, using a midfield triumvirate, and even a mobile four in the last two games.

The team he fielded for the Eibar clash was next to perfect given the players at his disposal, but a horrid penalty from Martin Braithwaite, an offside call by inches, and a mediocre outing from Antoine Griezmann could only help so much in the first half. Not to mention Ousmane Dembele’s shocking miss in the second.

The goal Barcelona conceded was, yet again, a product of an individual error, making them the team in the league with most errors leading to goal (4) — one each from Marc-Andre ter Stegen, Neto, Clement Lenglet, and now Ronald Araujo. All a result of sensationally poor concentration.

Ronald Koeman, for all his faults, does not deserve criticism for some of the mistakes that happen on the pitch. A new year will bring a new president, and in all probability, a new coach. But all said and done, there is hardly a coach on the planet who could have done better with this squad, or under these circumstances.

2. Time tick-tocking away for Griezmann and Coutinho

Antoine Griezmann had a lot of burden on this shoulders today starting in place of Lionel Messi in the right-of-centre slot in the attacking triumvirate. However, as the first half progressed, the World Cup winner barely put a foot right, losing possession in the centre of the park, and adding zilch in the final third.

It can be argued that he cannot be expected to fill in the boots of Messi, but this is not the first time he has looked incompetent without the club-captain on the pitch. As we throw it back to the Real Betis game where Barcelona won 5-2, we can remember that the Frenchman was rescued in the second half by Messi who came on to set him up for his goal.

As for Philippe Coutinho, the less said the better. The Brazilian has slowly fallen down the pecking order for Koeman, and rightly so, as he continually brings very little on the pitch. Moreover, as soon as he hits 100 appearances, Barcelona will have to pay €20 million to Liverpool as part of a clause included in his contract.

With the transfer window about to swing open in less than 3 days, there seems to be little to no reason to keep either of the two men. Pedri, Riqui Puig, and Fransisco Trincao are more than able replacements, and if need be, Memphis Depay will be available for €5 million.

3. The team continues to cry out for Puig

As the minutes continued to tick to 90, Barcelona were not able to keep up with Eibar’s relentless pressing and even Frenkie de Jong seemed to have fallen under the pressure. Stemming from that, Barcelona started to attempt a little too many backwards and sideways passes even though the team desperately needed a goal.

18-year-old Pedri could only do so much in the 89 minutes he completed on the pitch, and needed someone to share the work-load with him.

If not for Ronald Koeman’s rigidity, that man could have been Riqui Puig. The youngster is more than capable of playing the all through lines of press using his ability of carrying the ball. Moreover, he also has an eye for a pass and can easily pick out passes in the final third.

Puig certainly has the potential of bailing out Barcelona single-handedly and demonstrated the same in his cameo against Juventus. Sadly, it was not to be today, as he touched the ball no more than two times in the single minute of pitch-time he was gifted.