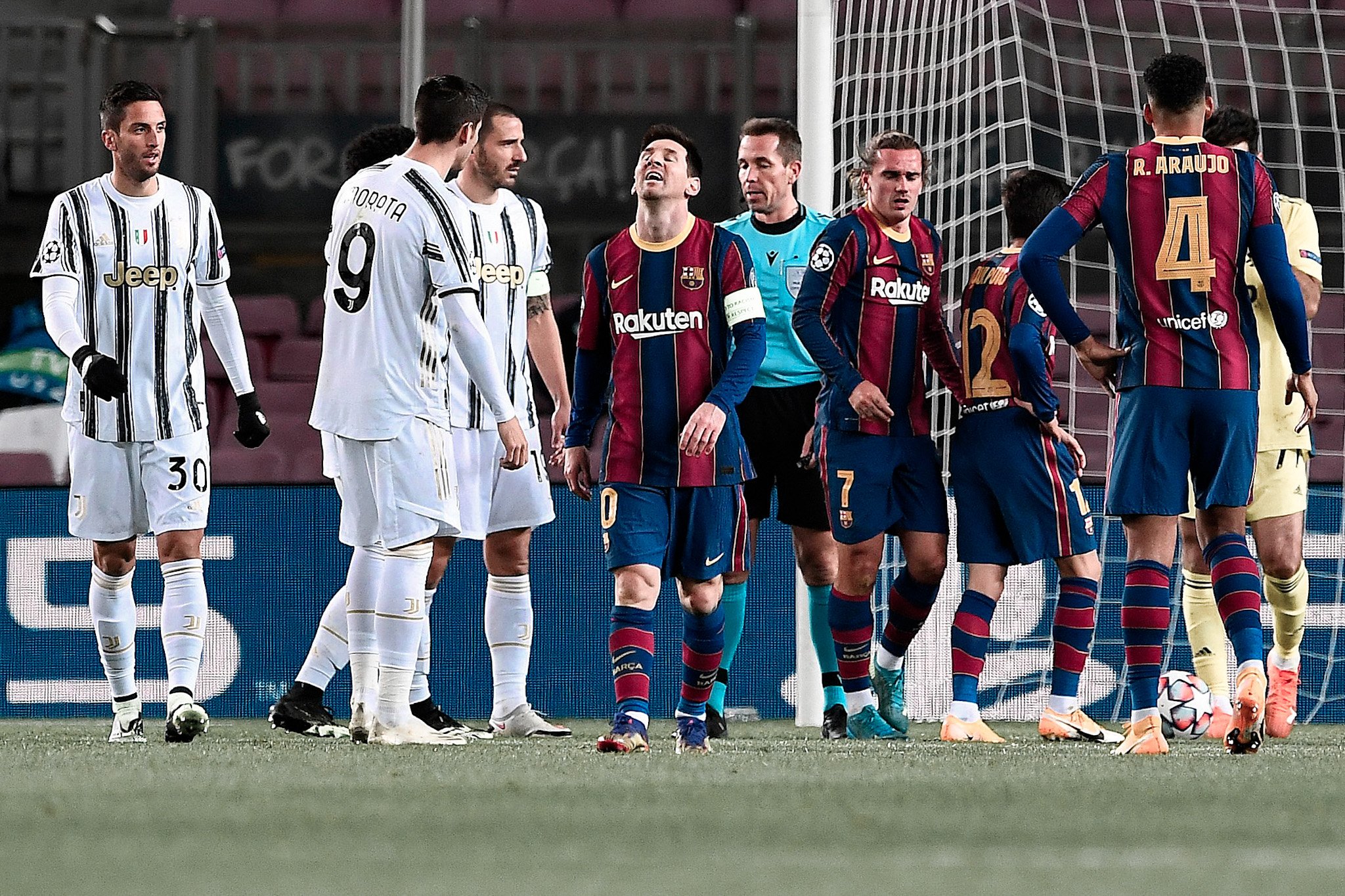 A disappointing 3-0 defeat to Juventus at home soil was a clear indicator that Barcelona are still extremely incompetent in the big encounters, and have much work yet to accomplish before considering themselves as contenders in Europe.

When teams attack, Barca waver. When oppositions sit back, the club loses its bearings. With possession, there is no conviction. Without it, they are even worse. Every slight hint of progression is woefully marred with disastrous setbacks.

As the saying goes, “Attack wins you games; defense wins you titles.”

Barcelona, at the moment, seem to be direly struggling in both departments, looking like a pale shadow of their former self as neither games are being won, nor titles. The defensive calamities brought upon by the poorly positioned back-line have put the club in jeopardizing positions on innumerable occasions this season.

While Piqué did not have the best of starts to the campaign, his absence is being felt every day. Clement Lenglet has frequently faltered without his presence, making irrational decisions, which were once again highlighted against Juventus.

In the last two encounters, the Catalans have fallen prey to their own miscommunication and unorganized layout at the back, with Lenglet’s dip in form putting Barcelona in critical conditions. After a subpar display against Cádiz, the Frenchman yet again played a substantial role in Juventus’ second goal of the game as he was caught ball watching and left his marker completely free to convert the cross. After proceedings, he even went onto concede a catastrophic penalty.

In addition, Ronald Araujo gave away a needless penalty in the opening stages of the game. Albeit Cristiano Ronaldo’s dramatic fall turned the tides in Juve’s favor, it was undoubtedly a risky challenge, to begin with, and the Uruguayan center-back was forced to pay the price for his lapse in judgement.

Pinning the blame entirely on one particular individual would not be wise, but Lenglet, being the leader of the back-line, has continuously proven to falter and failed to lead Barca’s distressed defense.

2. Riqui Puig a ray of light, during dark times

Rotting on the bench for nearly half a season now, Riqui Puig has habitually been rebuffed by Ronald Koeman. Lack of playtime and minimal faith has been disappointing to watch. However, in spite of not gaining Koeman’s trust, the youngster came out with a statement to prove; as slender and flimsy as he may appear to the eye, Riqui continued to be a ray of light for Barcelona in midfield.

From challenging regular starters to being banished out of the squad, seeing the injustice against Riqui Puig has had fans visibly upset. Even so, a second-half cameo against the Italians was enough for the gleaming La Masia prodigy to prove his unmatched worth in the team.

Having been substituted for Pedri in the 66th minute, Riqui, simply put, stole the show. Although Pedri has asserted himself to be an immensely talented youngster with a bright future ahead, Puig has always been a cut above the rest and he paid testimony to his incomparable talent on the grand stage.

While it could be argued that Riqui was not heavily involved upfront, in the little time he had on the field, he was always hankering to progress the ball; rather than looking for the safer option. Time and time again Riqui squirmed his way out of pressure with delicate touches and beautiful body orientation that allowed him to detect spaces, where an exponential impact could be made. Added to that, he illustrated his terrific ball retention skills and counter-pressing throughout the match.

With a 93% passing accuracy and 2 key passes, Puig illuminated the field between the lines, where he has invariably been a joy to watch. If Koeman desires to turn things around in the League, the 21-year-old must start featuring games more often.

Imagine being the best in the world for years, carrying your team to positions where just a little external effort would salvage a victory, and performing week in week out at a level which other players could only wish to reach. Yet, all you’re rewarded for is trophy-less seasons and humiliations in Europe.

Messi is broken, he’s seen enough. And while as unbelievable as the truth may seem, Leo’s human, a mere mortal that has emotions and is affected by the turmoil constantly plaguing the club.

Against Juventus, Messi failed to intertwine with the back of the net but was Barça’s only source of threat upfront. The Catalans had simply 7 shots on target, and unsurprisingly, all were generated from the little magician.

Although Messi’s shortcomings in front of goal may be frustrating to watch – considering how efficient he has proven to be in recent times – he’s still the sole reason Barcelona stood a chance against the Italians. Without him dazzling defenders or taking shots, Juventus would have unquestionably continued to charge up-field and maintain their attacking stance, which would have seen the club go out in even more misery.

Leo had no intentions of staying at the club and was still retained. He wanted to be in a team where chances would be converted, defensive fragility won’t cost matches and he could enjoy the privilege of operating in a conditioning system. For all that he has done for Barça, he had, for once, earned the right to be selfish.

If there is one man that deserved a better outcome at the Camp Nou, it was Lionel Messi. As time goes on, it’s become glaringly obvious that Messi is being let down on the big occasions and the joy of playing for Barcelona is being gradually sucked out of him.