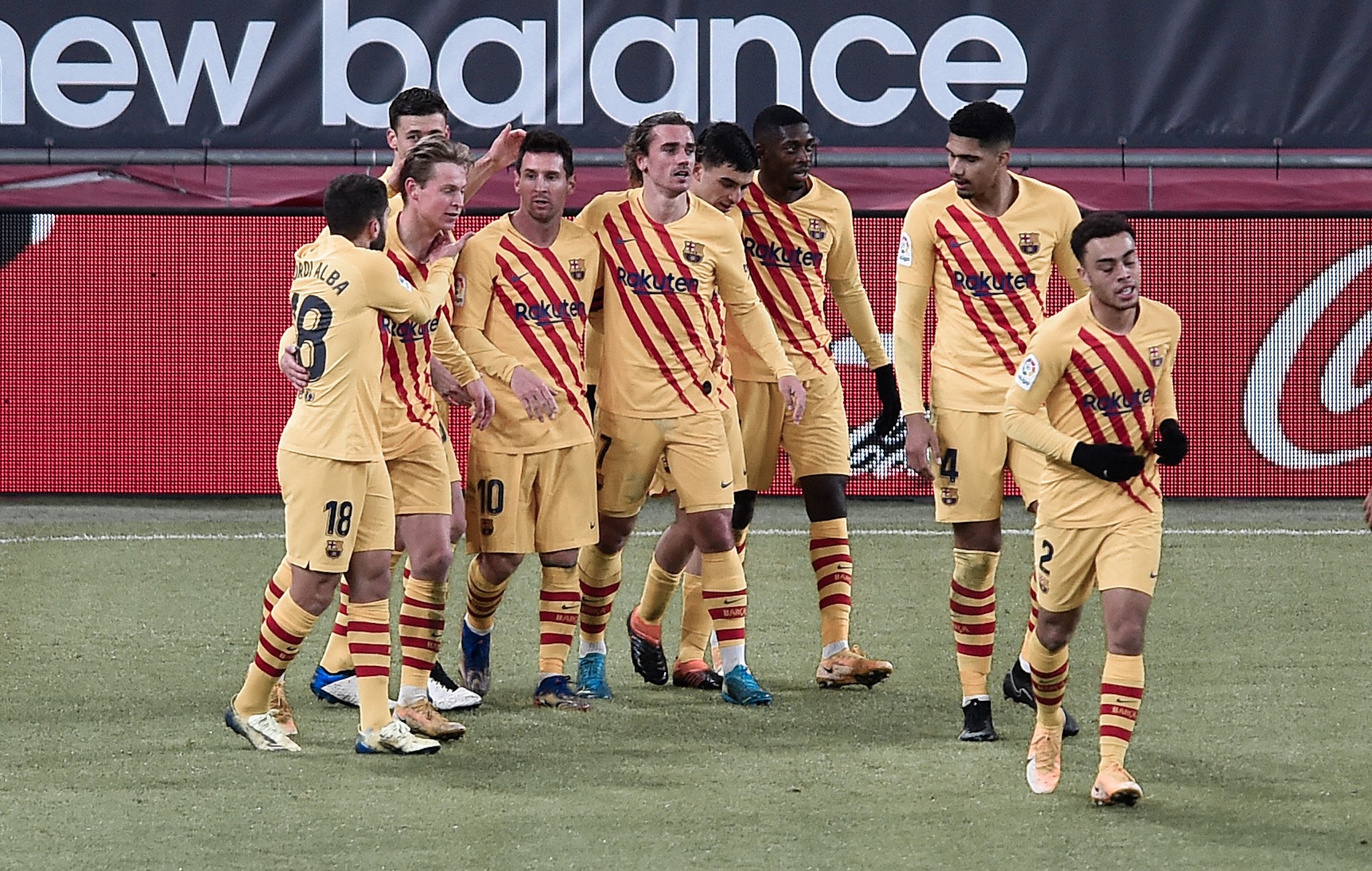 A confident display at the San Mames fetched all three points from Barcelona. With two wins in two successive away games, Ronald Koeman must be wondering if his formula finally works.

Newly appointed Athletic Bilbao coach Marcelino got the dream start against Koeman’s side, however, the Catalans once again overturned a deficit to come back strong. The positives from the game are many, yet there are still cracks that continue to haunt the side game after game. Here are the takeaways from Barcelona’s impressive victory at the San Mames:

1. The derailed defence continues to disappoint

Barcelona’s defensive woes are well documented, moreover so in the last few months. Ever since the injury of Gerard Pique, the department has been in jeopardy. Clement Lenglet still just looks plain, as he has been from the traumatizing defeat in Lisbon. While Ronald Araujo continues to pile good games, the chemistry between the duo is just off.

As seen so frequently in the Catalans games, the spaces in between the defenders are inviting for trouble. There seems to be no understanding of positioning. Conceding a goal in the third minute, in the fashion that it was conceded is unacceptable.

Apart from the early mistake, Athletic Bilbao did not seem suffocated at all by Barcelona’s defence. The first period of both halves saw some simple one-touch football bypass a non-existent central defence.

There are big decisions to be taken regarding Clement Lenglet. The Frenchman has been beyond disappointing in recent weeks. On a night where Ronald Araujo had 11 defensive actions, Lenglet only recorded three. An intervention is needed, and fast.

2. Could the complete Leo Messi be finally back?

Ever since Messi’s interview in the summer, spotlights were directed on the Argentine. His every step was monitored in the utmost detail. Reports were exaggerated and theories formulated.

For his monstrous standards, the start to the season was nowhere close to what one would expect from the greatest player in the world. No doubt, he was still one of the most influential players on the field. With his eagle eye vision, Messi was at the root of almost every goal the Catalans scored.

Nevertheless, something seemed out of place. He did not seem as actively involved in front of goal, nor was he getting his shots away. Even the occasional strike seemed very rusty, often not even on target.

At San Mames however, things seemed different. Messi was inspired, with two goals and a sensational pass that led to the first goal, and another goal ruled out for offside. However, the six-time Ballon d’Or winner could have had more. It was only the post that denied him from scoring five on the night!

As Messi is known for, one game is enough for him to get back to his absolute best. Could this be the game that gets him back into his scoring boots? Only time will tell

While Lionel Messi starred, he was partnered by one of Spain’s best proteges who put up a show of his own. Pedri was magical, untouchable and unbelievably good on the night.

Barcelona have spent hundreds of millions of Euros to find Messi the right partner, only to find it in a €5m deal from the Segunda division. It’s not a steal, its daylight robbery!

More often than not, players struggle to adapt to Barcelona’s system. However, once in a while walks in a new face who plays like he was born at the Camp Nou. Pedri is one such exceptional talent.

On the night, Pedri displayed every mark of a player that bleeds Barcelona. His spatial awareness, body orientation, body feints, off the ball movement, passes, vision all bleed greatness. After sealing the equaliser from a brilliantly squared ball from Frenkie de Jong, the eighteen-year-old capped off the night with an unbelievable blind assist to Messi.

If the back-heel assist against Real Valladolid was not enough, Pedri repeated the move in grander style against Marcelino’s side. The combination of Messi and Pedri seems to get more frightening with every passing night. Pedri is surely untouchable in the starting eleven by now. It could well be time for Phillipe Coutinho to start packing his bags because as it seems, nobody can hold that role as well as the Spanish prodigy.