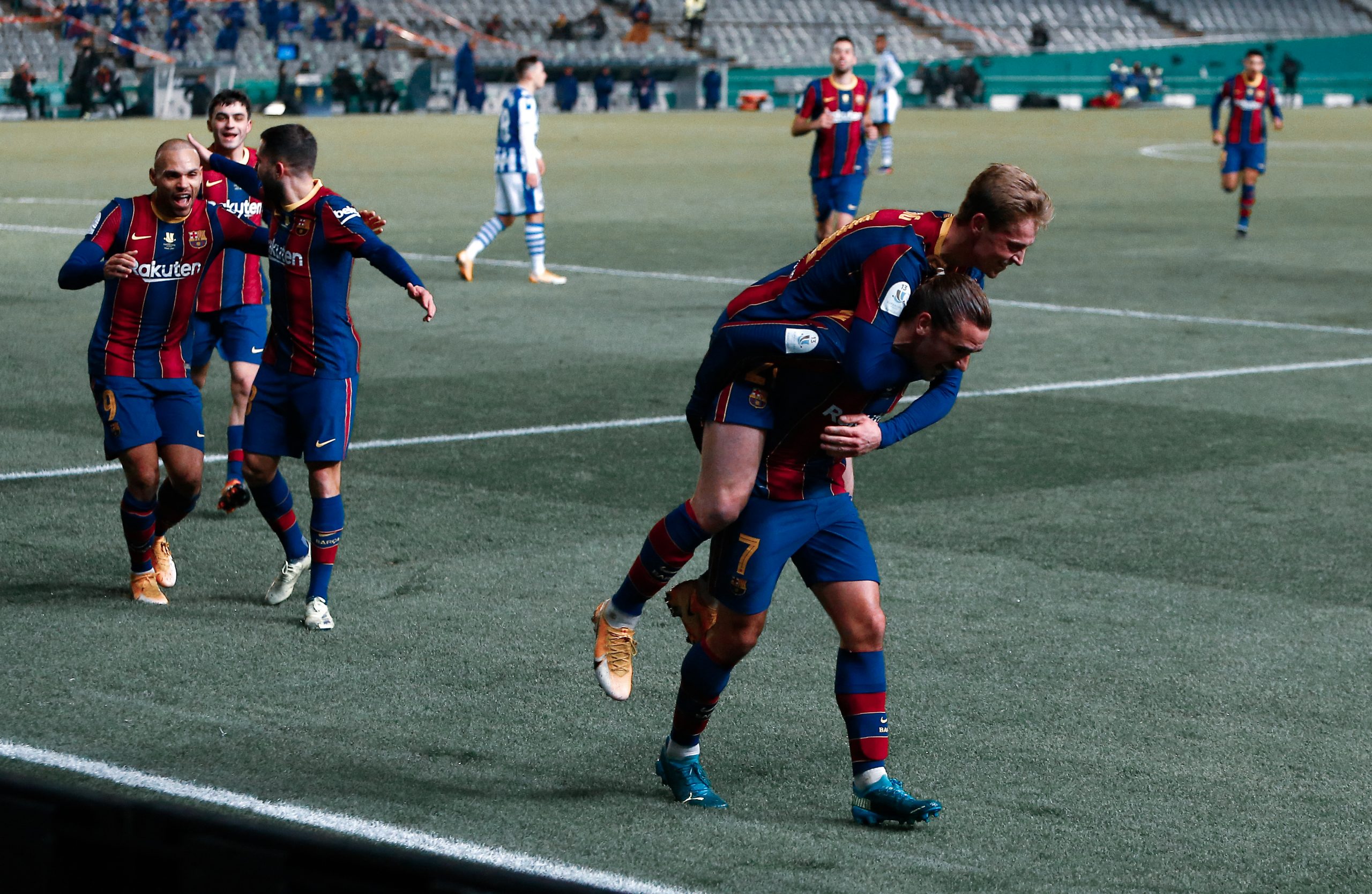 Meeting a motivated Real Sociedad at a neutral venue was always going to be a tough task, but after a hard-fought battle led by none other than Marc-Andre ter Stegen, Barcelona have the pleasure of saying that they are in touching distance of the Spanish Super Cup. In a couple of days, they will lock horns against one of Real Madrid or Athletic Bilbao, but these are the three lessons we learnt from the outing against La Real.

Marc-Andre ter Stegen completed 250 appearances for Barcelona against Athletic Bilbao as the club triumphed through a 3-2 win at the San Mames. An undoubtedly tough game, the German shot-stopper was criticised for letting in the opener too easily.

However, as he has done so insanely often in his five years at Barcelona, Ter Stegen rose above the hate against Real Sociedad, capping off the game as the Man of the Match.

Ter Stegen is named the Man of the Match tonight. Well deserved! pic.twitter.com/NYGqk4Yh9o

Not only did he make six saves in regulation time, including one in the 119th minute against Adnan Janujaz, he went on to deny Jon Bautista and Mikel Oyarzabal in the penalty shoot-out. He even dived the correct way for Willian Jose’s shot, and if it was indeed on target, it wouldn’t have found a way through.

While Riqui Puig got the honour to score the fifth and game-winning penalty for Barcelona, we just know ter Stegen would have loved to have a go from the spot, and probably would have done a better job than most.

The 2020/21 season is undoubtedly one of the toughest the players have come across. The COVID situation not only forces them to take extraordinary pre-cautions, tiring them mentally, the calendar does their body no favours either.

With a game every other day, and each more important than the previous one, several members of the first-team look uncharacteristically exhausted. Yesterday we saw the impact of this on the players, as the likes of Ousmane Dembele and Frenkie de Jong could barely take it anymore by the time extra-time kicked off. Even Antoine Griezmann – a player who boasts of bucket-loads of stamina – seems done as the clocked continued to tick away.

It is during these games that Koeman must make the best use of Barcelona’s immense depth. The likes of Riqui Puig, Fransisco Trincao, and Miralem Pjanic have not been given enough chances, while Konrad de la Fuente, and Ilaix Moriba are crying out for minutes with the first-team. If the Dutchman continues like this, his squad will not be able to compete in the four competitions they are part of, eventually ending with Koeman receiving the axe.

3. Puig continues to deliver one way or another

The protagonist criticism of Ronald Koeman’s tenure at Barcelona has come in the form of poor man-management, as mentioned above. Riqui Puig and Carles Alena have been at the end of this most often, with the latter choosing to leave the club in the search of minutes elsewhere.

As for Puig, the reasons for his low involvement have been few and far between. Every time he has taken on the pitch, he has delivered, be it the cameo against Juventus, or Farencvaros. Yesterday, as well, the youngster was brought in the 90th minute, and while he could only do so much on the pitch, he took initiative to take the fifth penalty which eventually won Barcelona the game.

“Koeman named four players who were going to take the penalty, and I asked for the fifth one.”

It is clear that Puig wants to take on, and deserves more responsibility in the squad, but his hindrance has come in the form of Koeman’s reluctance. However, in recent weeks, Puig has started to appear more often off the bench, and one can hope it might result in the start of a happy relationship between the two.