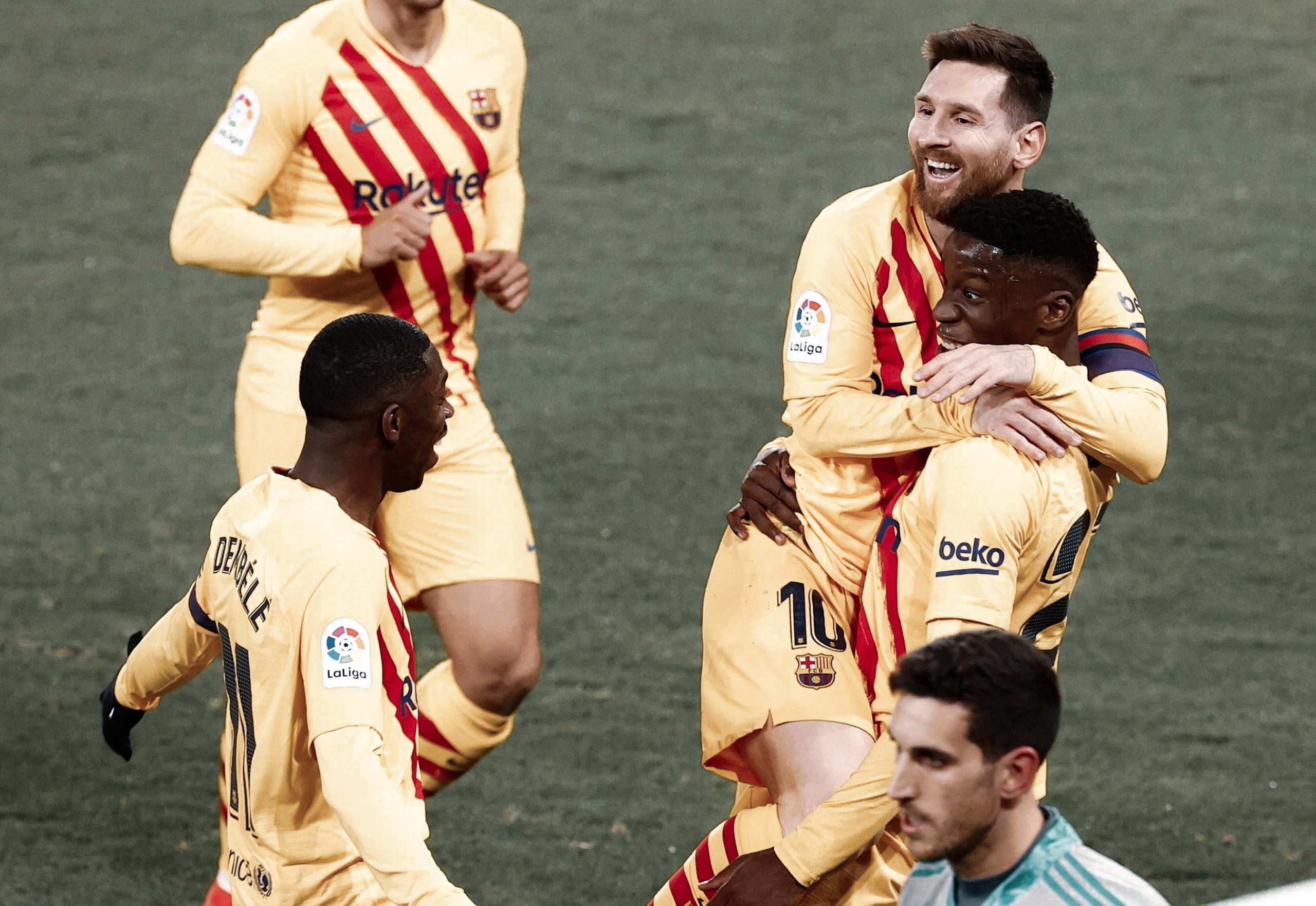 The mighty El Sadar has been conquered yet again! With away performances gaining so much momentum under Ronald Koeman, one has to applaud the Dutchman.

On a night when three points were a must to push pressure on Real Madrid and Atletico Madrid, the side did not disappoint. Now, more than ever, all eyes will be on the Madrid Derby. Barcelona lurk just two points below Diego Simeone’s side, and the pressure on Atletico is real.

The name of Osasuna never resonates with a simple win in the minds of Culès. The Pamplona based side is one of the most feared oppositions when on their own soil. Though the absence of fans does factor in massively, it does not take away anything from the Catalans display. It may not have been a convincing win, however, it was necessary. Here are three takeaways from Barcelona’s win over Osasuna.

1. The fatigue is real

That we now see fatigue set in is not surprising at all. The rigid schedule has kept the Blaugranas on their toes for close to a month. An average of two games a week is torturous to players, moreover so when all are must-wins. Given Barcelona’s situation in the League and the tight situation in the cup, Koeman could not afford to rotate either.

The after-effects of playing 120 high-intensity minutes midweek clearly showed at the El Sadar. Kep players like Sergio Busquets, Frenkie de Jong and Lionel Messi were uncharacteristically sloppy. The game seemed slow and lethargic, with sluggish movements. The first half was abysmal, spare the rocket goal from Jordi Alba. On any other day with such a performance, the equaliser would have come very soon from the opposition.

One major factor that separated Barcelona and Real Madrid in recent seasons was the spark that found the back of the net. Barcelona, in recent seasons, have been heavily reliable on Lionel Messi and Luis Suarez. In any high-pressure games, the whole team would turn to the duo hoping for some magic to be conjured. On the other hand, Real Madrid kept finding goals from every department: defence, midfield and forward.

Now the roles seem reversed. Barcelona when in trouble do not turn desperately to their captain. The Catalans have got goals consistently from all over the pitch. Once again, on Saturday, they walked away with all three points without the forwards scoring any goal.

Indeed, both the assists were conjured by Leo’s sorcery. However, in any other season, Jordi Alba would not go for the shot there. And similarly, no midfielder even last year would dare to go for a goal from the position Ilaix Moriba found himself in. The involvement of the collective for the objective of scoring goals can only be a good thing for Ronald Koeman and Barcelona.

3. The scrambled wins are as important as the aesthetic ones

Any successful side does not enjoy a perfect day every time they step on the pitch. Some days are just meant to be theirs, every pass seems inch-perfect. On such days, no defence can stop such a side.

However, it is the bad days that separate great clubs from average ones. The creme-de-la-creme of clubs scrape out wins even on the worst of days. The wins may not be pleasing to the eyes, but they walk away with all three points nevertheless.

Barcelona under Ronald Koeman are now starting to show these signs. At the El Sadar, the Catalans had everything against them. They had just come off the back of an exhausting 120 minutes at the Camp Nou. Their first choice centre-backs were both out with injury. However, they continued to grind for the full 90 minutes and walked away with a win.

The saplings of a monstrous team have been planted. And truly, we couldn’t have asked for a better gardener. Koeman’s faith in the youngsters even on the worst of nights is fascinating and heavily underrated. Barcelona have now shown to be capable of pulling off wins at both their peaks and lows. The signs are still primitive. However, they are undoubtedly the signs of a great team in the making.