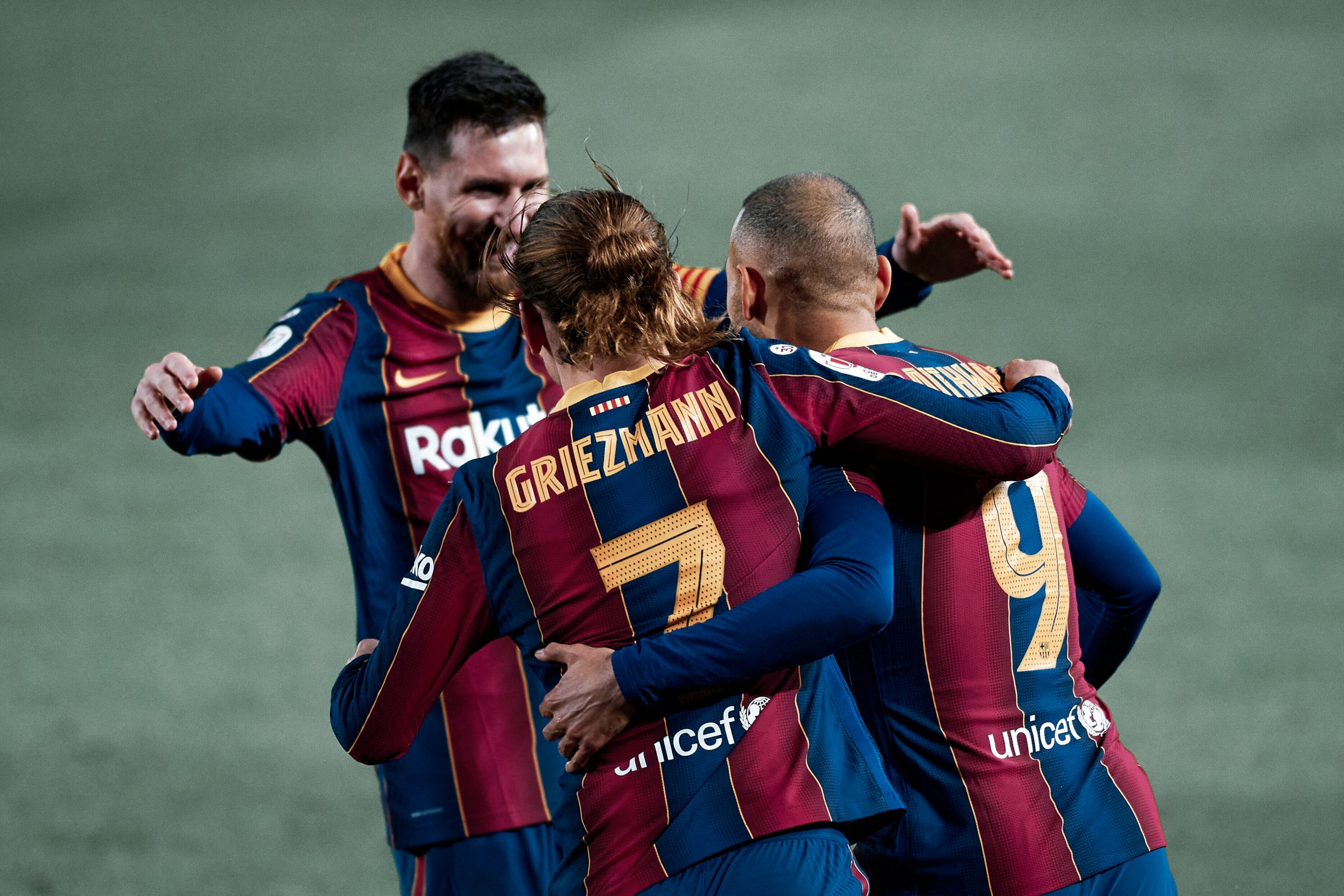 Everything may have seemed lost just a week ago, but now, it feels like Barcelona are not done just yet. Ronald Koeman has somehow instilled new life into this team, and they’re on an incredible run of form. Beating Sevilla two times in the span of a couple of days, and doing it rather convincingly, is a huge achievement and should be praised.

Yesterday’s triumph, however, also ensured Barcelona will play in their 10th Copa del Rey final in 13 seasons, which is a historic accomplishment if there ever was one. But it goes beyond that.

The victory itself was huge, both for the morale and their season as a whole, but also for the fans. Games like these build character, unison and camaraderie, and those are all things Barcelona were missing for years.

So what lessons have we learned from yesterday’s clash?

The sample is still tiny, and this definitely has to be taken into account. However, the test subjects for Koeman’s new system were Sevilla, after all, and Julen Lopetegui’s troops are nothing to sneeze at. Of course, formations are just numbers on a sheet of paper – by itself, a formation means nothing.

However, the whole structure and the roles within the system seem to be getting the best out of Barcelona’s key players. The defence is more stable with three centre-backs, and so is Sergio Busquets ahead of them. The wingbacks are much freer to attack and be a continuous threat for the opposition while Ousmane Dembélé’s central role puts him in excellent positions to burst behind the rival’s backline.

Not to mention the team as a whole seems more structured, interconnected and just more secure in possession. There’s more to it than just the formation, as we’ve mentioned, but Koeman’s change has undoubtedly sparked this turn of events and is continuing to bring impressive results.

There are still a couple of unanswered questions that remain, however. For instance, how does Antoine Griezmann fit the whole narrative? The Frenchman was quite good following his entry on the pitch, but that doesn’t change the fact this was his third appearance off the bench in a row. Surely a player of such calibre would aspire for a bigger role at Barcelona.

The same can be said for the likes of Miralem Pjanić and Riqui Puig, who have taken little to no part in this new and reborn team. Still, the fact that Koeman has found his preferred lineup that actually works is a big win for everyone.

Now it’s just about fine-tuning it to perfection.

2. The underrated brilliance of Óscar Mingueza

Don’t let the penalty mistake fool you; Óscar Mingueza was among Barcelona’s best performers last night. Of course, the whole team was excellent, and their displays across the board were praise-worthy. However, the young defender deserves to be mentioned as he stood out from the rest.

His mistake to grant Sevilla a chance to end the contest was a result of his inexperience, but overall, Mingueza didn’t put a foot wrong the whole night. Not only that, but he is the sole reason why Barcelona were able to sustain their pressure on the Andalusians.

The youngster’s aggressive exits from the backline resulted in numerous recoveries, and his well-timed tackles stopped Sevilla’s attackers in their tracks. Seeing how this is exactly what he’s been criticised for, it’s safe to say the 21-year-old is improving with each passing day.

And then there’s the attacking contribution. The new system with the three in the back gives him a more defensive role, but he is often the more adventurous of the centre-backs, pushing forward and engaging his man. After all, that’s why Koeman often puts him out wide since the youngster can pose a threat through his runs and crosses.

But there is no doubt in our mind – Mingueza was massive on the night, and that bodes well for his future at the club.

3. The foundations are set

Koeman’s tenure has been a mixed bag so far. From a perfect start to a shaky middle of the campaign and then to hope once again, the Dutchman is surely experiencing all the thrills of being a Barcelona coach. But regardless of what happens next, it is beautiful to see this team actually acting as a team.

Yesterday, we saw a fire in their eyes that was gone for far too long. Before that, Barcelona felt like a team devoid of all and any passion, a squad going through the motions rather than striving for perfection, which is their legacy.

No one is entitled to greatness, but Barcelona’s history, power and heritage demand it. No one expects us to suddenly flip a switch and beat everyone in front of us, Paris Saint-Germain included. Defeats happen, and no one can win all the time, not even the mighty Azulgranas.

But at the same time, we don’t ask for perfection, we ask for passion for the badge. If the team is giving their all and they go down swinging, it will hurt a lot less than being passive and rolling over for the opposition.

For years, we’ve been getting the latter, but now, this finally feels different. If that team we saw yesterday can show up week in, week out and offer blood, sweat and tears on that pitch, the fans will be more than happy. Win, lose or draw, it doesn’t matter as long as we do it our way.

Of course, winning is still a priority because our heritage demands it. But this is a step in the right direction, and we don’t expect to change overnight. No one does.

Koeman, however, may finally be onto something here. Could this be the turning point for the Catalans? Could this really be the moment that kick-starts their rebirth?

Only time will tell but allow us to dream for once and say – yes, yes it is.