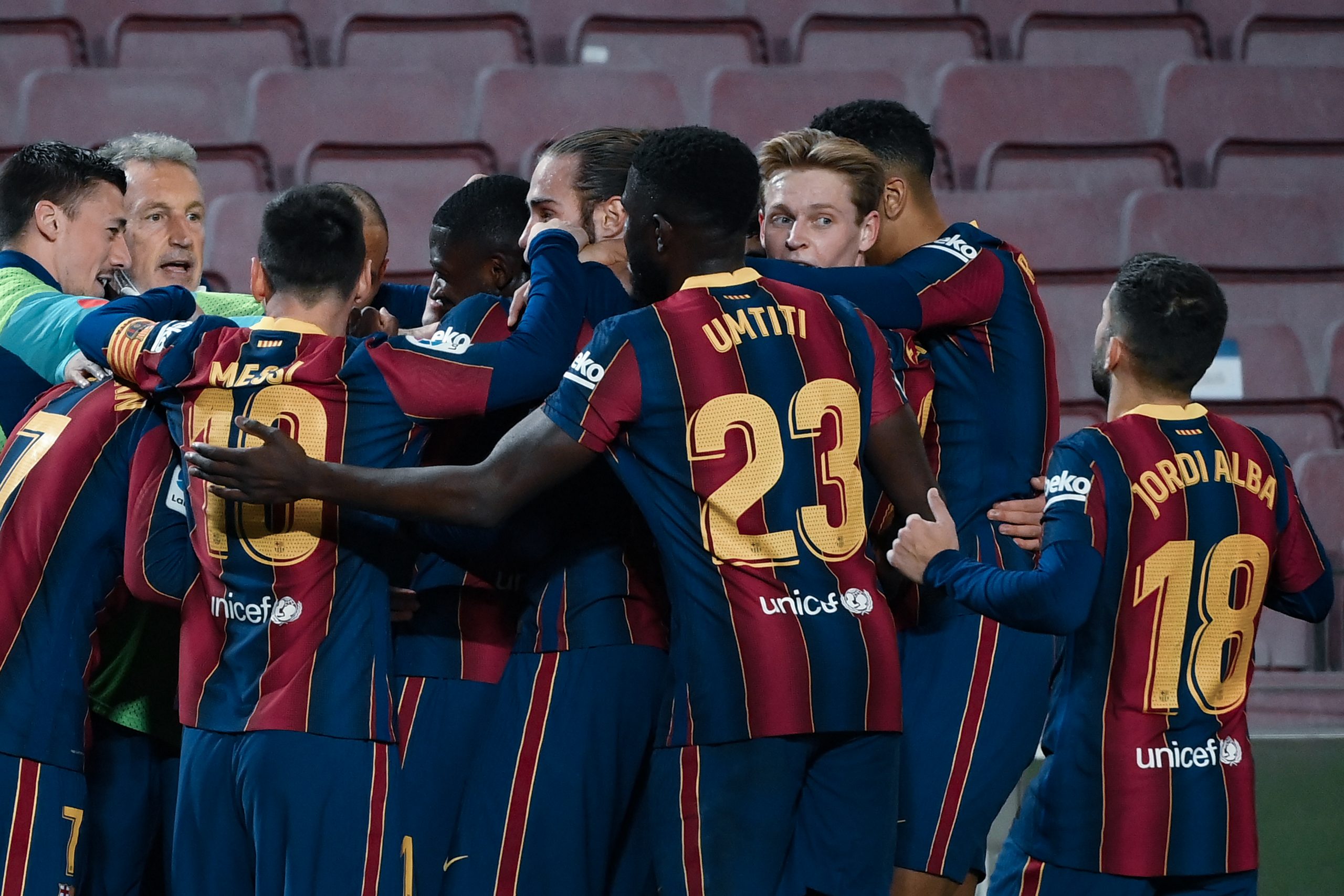 In the span of one month, Barcelona have now faced Athletic Club three times already, winning two of those clashes while forfeiting one to the Lions. Of course, it has to be mentioned that the solitary defeat was in the Supercopa final, meaning Ronald Koeman’s chance to claim some silverware slipped through their fingers.

Still, La Liga is arguably more important despite the Catalans lagging 10 points behind Diego Simeone’s troops who are the current leaders. With all of that being said, however, once again we look at the fashion in which Barcelona claimed their three points last night and the main talking points from the game.

Regardless of the fact whether the title dream is still alive or not, it’s the improvement that counts the most at the end of the day and when everything is said and done, this team does seem to be improving as time goes on.

So without further ado, here are the three lessons we learned from yesterday’s 2-1 victory over Athletic Club.

Yesterday was a fantastic outing for all three of Samuel Umtiti, Antoine Griezmann, and Ousmane Dembélé. The three Frenchmen were quite decisive and crucial in their own way throughout the clash. Special praise should be given to Big Sam specifically since his rejuvenation seems the most impressive of all three.

Umtiti’s Barcelona career has been on edge for quite some time now, which, ironically, can be said for all three of the players in question, but the centre-back fell down the pecking order and was unlikely to rise up ever again. However, the last couple of games from him have been nothing if not impressive.

Prior to his recurring knee injuries, Umtiti was a rock in defence and also one of the most important players in the Blaugrana squad. Needless to say, following some bad decisions and even worse luck, that changed rather quickly with the Frenchman dropping deeper into the abyss as time went on.

But with 270 minutes across the last three La Liga games under his belt, it does seem like he’s coming back to life under Koeman’s guidance. Last night specifically, Umtiti was crucial in possession and once again showcased his on the ball ability through crisp passing and excellent progression.

This was even more key considering his partner in crime, Ronald Araújo, doesn’t offer as much when on the ball. Umtiti was constantly finding free teammates in higher positions, unlocking Barcelona’s build-up play through the half-space and by carrying the ball further upfield when necessary.

We also shouldn’t forget Dembélé, who was a constant threat down both the flanks on the night. The young winger definitely adds a dose of unpredictability and allows Barcelona to quickly exploit space, either through transitions or simply by isolating him with his marker out wide.

At times, it does feel like he’s unnecessarily tucking into his half-space, which could just be him following the coach’s instructions rather than deserting his post, but overall, he’s growing into a very decisive player for the Catalans.

The same cannot really be said for Griezmann, at least not to that same extent. Yes, Griezou scored the winning goal, which was a culmination of a good combination and excellent movement, but for the majority of the game, he wasn’t as influential as you’d want him to be.

Of course, no one is saying he was completely invisible but unfortunately, Griezmann cannot be judged by the same standard a rotational squad player would be. For such a star player, he should be doing more and hopefully, he starts to really soon.

The goals, however, are the most important thing and if he can continue supplying them on a regular basis, maybe that’s enough to warrant his stay within the squad. After all, he’s been involved in eight goals in the last seven games, scoring five and assisting three on the side as well.

Not to mention that his overall influence and connection with his teammates does seem to be an upward spiral too. One can only hope this is just the start of something extraordinary.

2. How high is Óscar Mingueza’s ceiling?

Before this gets taken out of context, let’s immediately state Óscar Mingueza has been an excellent addition to Barcelona’s lineup as of late. The 21-year-old defender had some big shoes to fill with both Sergi Roberto and Sergiño Dest still nursing an injury.

Of course, the former returned to action yesterday and had a decent showing but up until this point, Mingueza was the one to cover for their absences. However, despite good displays in the face of a tough challenge, the young defender has been exposed in numerous instances, not just last night.

This is a critique, yes, but a mild one considering how young and unexperienced he is and the severity of the task ahead of him. But we have to be fair and say that right side has been targeted by the opposition quite often and rightfully so.

Mingueza is not as rock-solid as, for example, Araújo is, nor is he that stable in possession as much as someone like Umtiti can be when fit and firing. There’s also one other problem and that’s his offensive contribution.

The youngster doesn’t have as much pace as a natural full-back should have and his interaction with the winger in front of him is sometimes lacking. Often, we would see Dembélé cut into his half-space and leave the flank open for the right-back to exploit but these instances rarely yield something positive for Barcelona.

Mingueza is not one to engage in dribbles that create an advantage nor is he the most accurate crosser of the ball, meaning it’s very difficult for him to influence play through those channels. That is not to say that he doesn’t have any strengths.

The 21-year-old has done a great job of covering for his missing teammates and despite often being the target and a weak link the opponent looks to exploit, he still managed to hold his own. For the most part, that is.

There still remains a question of how high can he fly and whether there’s a place for him in the team when everyone is fit and ready to go. With Roberto returning to the squad, Mingueza may find it difficult to squeeze past the experienced defender-cum-midfielder any time soon.

3. You can’t put a price on Lionel Messi

In light of the recent scandal surround Lionel Messi, all eyes were on the Argentine and his reaction on the pitch. As he usually does, Leo responded by dropping an incredible display once again. Even without that absolute beauty of a free-kick to put Barcelona ahead, the little no.10 pulled all the strings and fully deserved his King of the Match award at the end of the day.

However, despite him being most likely the most influential piece of the puzzle yet again, it was actually his lack of involvement that was a major relief for the Catalans as well. The second goal that gave them the three points was completely orchestrated without Leo’s help.

You don’t hear that sentence that often but last night, Barcelona proved there might be life in them even once he calls it a day. Yes, with him they are still a much stronger team but with some work, the Catalans may yet survive without Leo in the lineup.

Of course, as of right now, the sample for analysis is still very small and the results have varied but for once, there is hope. Still, let’s not underestimate how good the Argentine was yesterday and how important that was for the final result.

Naturally, with him on the pitch, all the proceedings flow through Leo and he connects the dots better than anyone else. With 11 out of 12 dribbles completed according to SofaScore, 88 touches, 16/20 ground duels won and five long balls completed, Messi was again everywhere and doing everything.

It’s yet another reminder that you simply cannot put a price on what he does every game and what he brings to the table.

And no leaked documents, rumours or media attacks will ever change that fact.