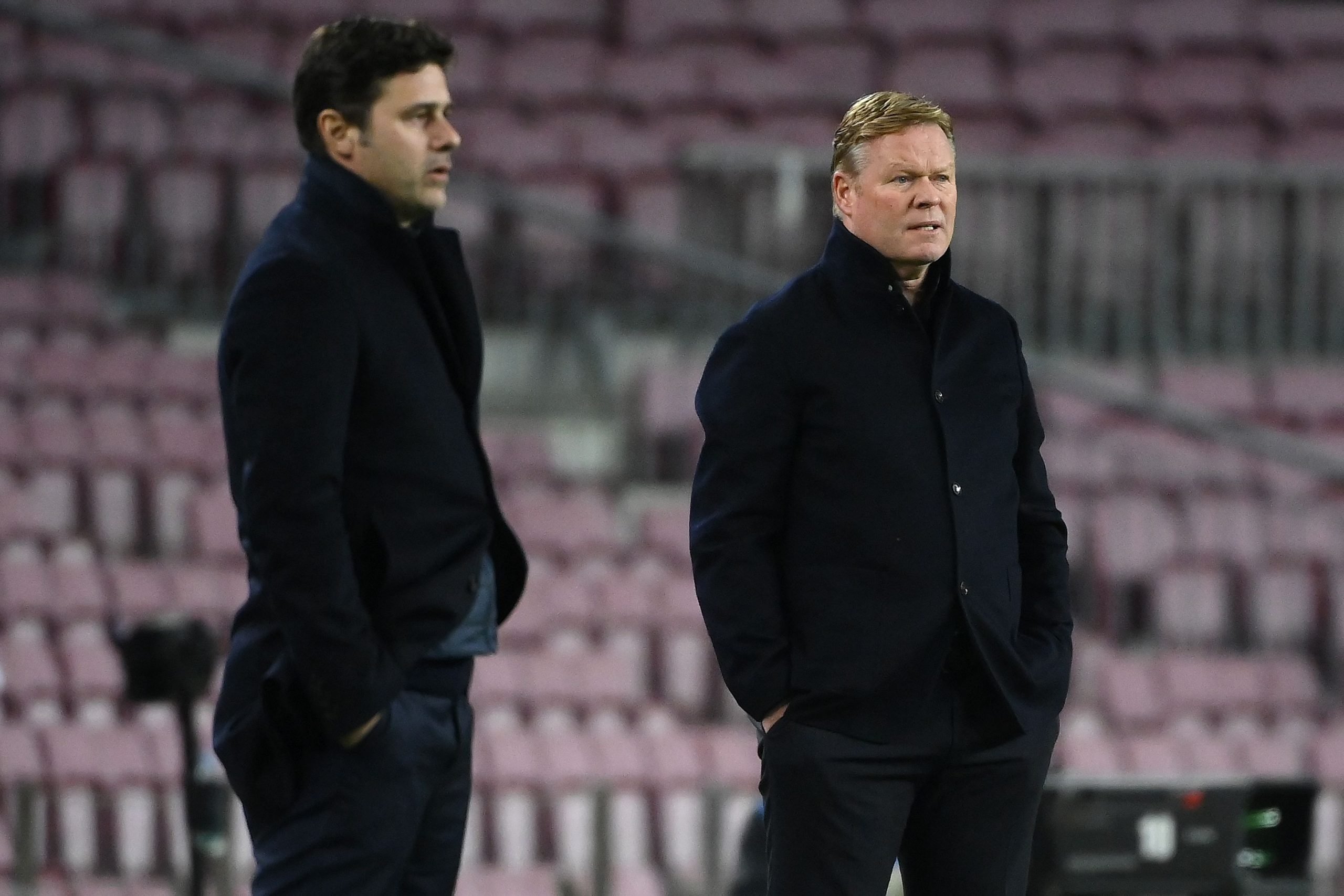 It is getting increasingly difficult to believe Barcelona are a team that can learn from their past mistakes. After all, we’re seeing history repeat itself time and time again as the Catalans suffer their fifth and latest humiliation in Europe.

And maybe this one was the least surprising of all. Juventus came out of nowhere and following our greatest match in the history of the club. We never thought we’d lose to Roma the way we did. We believed the team wouldn’t allow it to happen against Liverpool again. We were wary but cautiously optimistic about Bayern Munich. And then, on a cold Tuesday evening at the Camp Nou, there were Paris Saint-Germain once more.

Unfortunately, even the most hopeful of us saw this one coming from a mile away. Barcelona weren’t ready. We weren’t ready either. But PSG surely were and this could’ve been Mauricio Pochettino’s first game in charge and it wouldn’t have made much of a difference at the end of the day.

And the lessons we take with us? They are harsh but they’re still there. Hopefully, this time we actually learn from them.

The simplest and most obvious of all lessons from yesterday’s game is that Barcelona are a team that cannot defend. After all, conceding 12 goals in the last five games is not a statistic a team with title-aspirations can afford to register. Or any team for that matter.

Yes, there have been many great comebacks as of late and this has given us hope that maybe, just maybe, the fighting spirit is coming back and the signs are finally good. That may very well be but it doesn’t change the fact Barcelona have been leaking goals left and right.

The backline is not good enough and they are slow, tired and at times, frankly look out of their depth. Most will come after Gerard Piqué but despite him not being able to do much to prevent this disaster, he was still a big part of the team and one of the few trying to hold everything together before it inevitably collapses.

But Barcelona were never about holding on in an efficient and bulletproof block. From the famous days of Pep Guardiola to the last time we tasted European glory, Barcelona were a team that defended the best when they had the ball in their feet. Defending while in possession is a term not many thought possible but it’s a very valid aspect, especially in Barcelona’s case.

The structure you have in possession dictates how well you defend, press and retain the ball in the danger areas. Barcelona’s possession game last night was weak and it translated into no control and finally, a lacklustre defence.

Sergio Busquets was never catching Kylian Mbappé in transition while the latter is moving like a freight train. The same can be said for both Piqué and Clément Lenglet, who, at times, look like they would struggle to keep up with Busi himself. This is not a critique of their defensive prowess, of course, but there’s some of that in here too.

It’s also becoming painfully obvious the flanks are where teams hurt us the most. Ousmane Dembélé has been showing signs of life in attack but yesterday, he was making Barcelona’s life much more difficult than it had to be with his defensive (in)activity. When combined with Lionel Messi’s similar approach in the defensive phase, it makes for a very tall task for the rest of the squad.

Of course, Messi pays it back with his offensive contribution but Barcelona can’t afford to have multiple players slacking off the ball.

For the last couple of weeks, there have been signs of life over in Catalonia. The results were finally starting to pick up and once again, there was hope. However, last night is proof that despite some good work from Koeman, Barcelona are still far away from their goal.

The improvement can be seen when they face smaller sides, sure, but it’s the big tests that are quite worrying so far. If we look at their results in derbies and the more important clashes, they’ve all gone downhill.

All of Real Madrid, Juventus, Sevilla, Atlético Madrid and Paris Saint-Germain have managed to beat the Azulgranas, showing us that indeed this team is not ready to compete at the highest of levels. Again, this may or may not come as a surprise to you.

But the fact still remains – Barcelona are moving in the right direction but it’s a slow process that will take a lot of time. All the little things Koeman has done right have not suddenly disappeared with this loss. But our weaknesses have been exposed once more and we shouldn’t ignore them.

It’s difficult to accept the fact the Catalans may not be the force they once were but years of bad management, horrendous investments and atrocious leadership have plunged the team into darkness. And a quick fix just won’t cut it this time.

At times, it can feel like one step forward, two steps back but there is still an influx of young talent at the club that requires and deserves our hope. The likes of Riqui Puig, Pedri, Frenkie de Jong and Ronald Araújo are the kinds of players who must lead the club into a better future. And Koeman, despite his flaws of which there are still many, is setting them up for success and giving them a stage to perform.

We’re not there just yet but that doesn’t mean we’ll never reach our goal. We just have to believe.

Let’s get one thing out of the way immediately. The elections won’t instantly save Barcelona and the new president can’t just snap his fingers and wish all our issues away. However, in March, we can finally start fresh with a new board, new president and a brand new direction.

Hopefully, that brand new direction advocates we regain our identity and go back to the roots. That’s exactly where Barcelona are strongest and this team can’t do much on their own. It’s been decimated by bad decisions year upon year and no coach can magically turn this squad into serial winners.

Not much may change in March, at least not at first. But at the same time, everything will change. Whether it’s Joan Laporta or Victor Font is irrelevant as long as their projects are sound and they have the club’s best interest at heart.

We’re now counting the days to the election and once again, we’re going to allow ourselves to dream big. It is, of course, just a slimmer of hope but at the same time, it’s all we’ve got at the moment. And then, slowly, the giant should get back to its feet.

Patience is needed and some belief. Let’s not throw in the towel just yet.

After all, we are Barça. We never die.