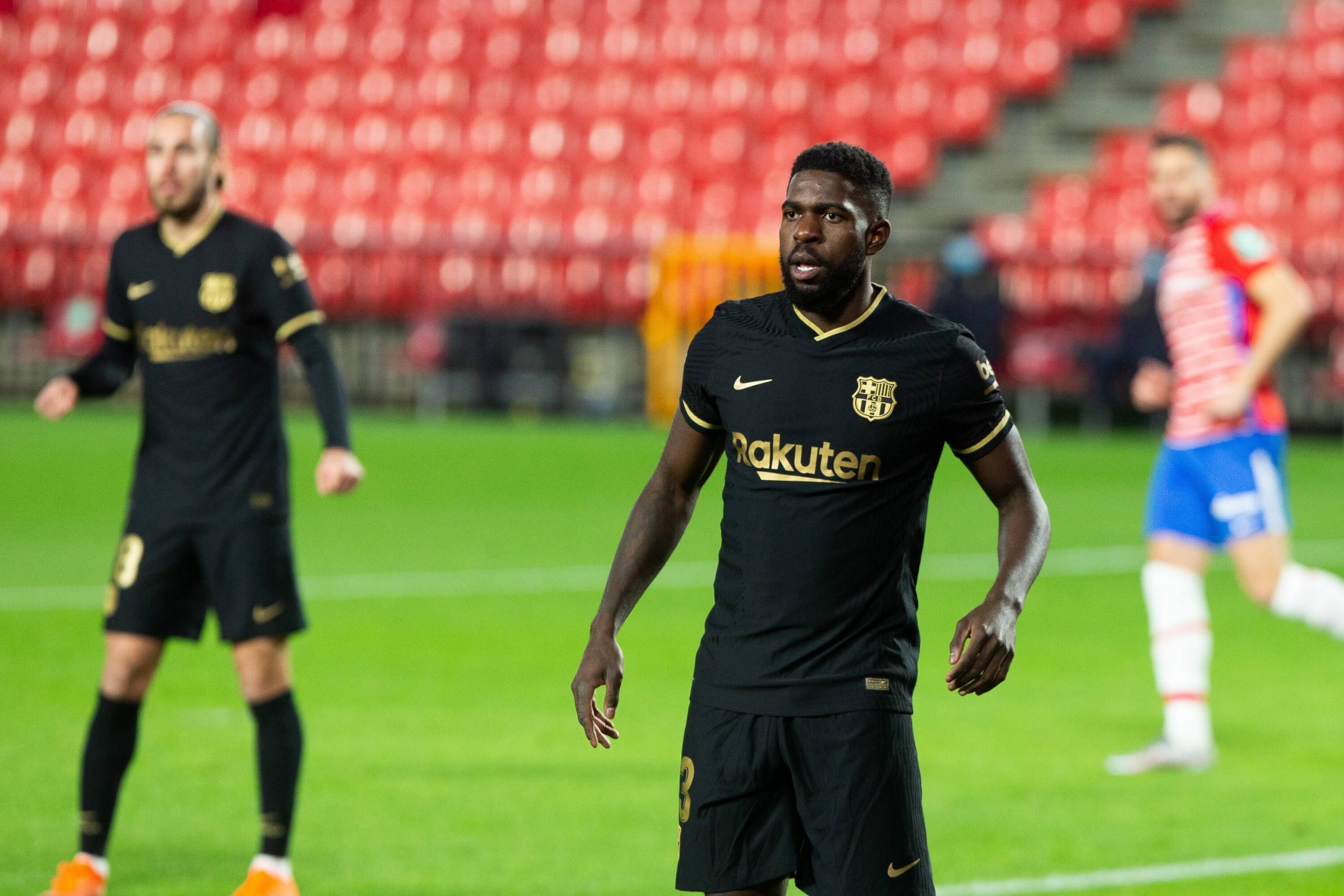 As per a report relayed by SPORT, french club Olympique Lyonnais are exploring the possibility of signing former player Samuel Umtiti on a loan deal. The seven-time Ligue 1 winners are willing to pay 50% of his salary.

What truly matters at this point in time is knowing whether or not such a deal fits into Barca’s economic and sporting plans.

This is because of a handful of reasons. From an economic standpoint, Barcelona cannot keep the wage structure as is. They have to make sales, as these will make it easier for the club to re-sign Messi. Barça have additionally refused to make any loan deals in which the interested party pays less than 50% of the salary. This was the case with Philippe Coutinho, who the club are now open to keeping.

From a sporting standpoint, the Blaugrana are yet to sign an adequate replacement. As it stands, the Catalan club have five first-team centre-backs, but among them, there are problems pertaining to inexperience and injuries (of which Umtiti himself is a constant victim).

Additionally, Oscar Mingueza is yet to receive official promotion to the senior team, while Eric Garcia is yet to play a single first-team game for the club. Clement Lenglet has been rumoured with an exit as well, which would leave Barça with just Umtiti as their left-footed centre half.

The belief is that Barcelona might be reluctant to send him back to his former club because they don’t have enough players for this to be a safe deal.

Samuel Umtiti has had one of his worst seasons in a Barca shirt to date. Despite some encouraging displays, his form gradually regressed, and he reverted to his previous, and now usual, abysmal levels.