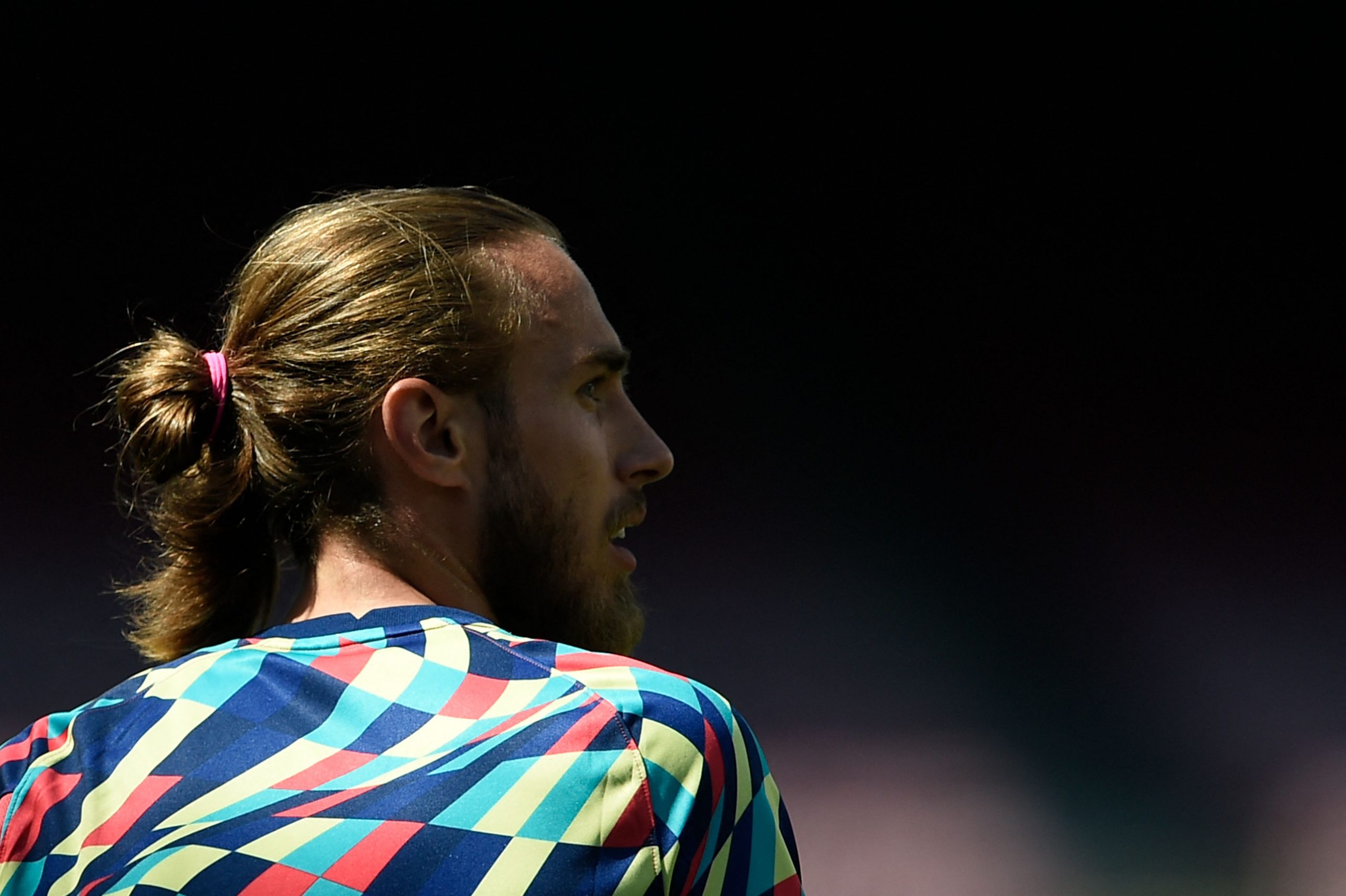 Barcelona have informed versatile defender Oscar Mingueza to look for new teams, but the 23-year-old is yet to receive an offer from any suitor.

Spanish publication La Vanguardia says Mingueza is one of the many players Barcelona are looking to offload in order to register new players in the summer. The list potentially includes fellow defenders Clement Lenglet, Samuel Umtiti and most probably Sergino Dest.

Mingueza, who joined Barcelona’s youth setup in 2007, has played 27 matches across all competition, with most of his outings coming during Ronald Koeman’s reigns. Since the turn of the year, he has played a mere nine games under Xavi.

As of today, it’s certain that Mingueza has no place in Xavi’s blueprint, but the only issue is that the defender is short of options. Furthermore, since he has a valid contract until 2023, it is proving difficult for the team to arrange an exit.

Interestingly enough, Mingueza was linked with a move to Valencia during the January transfer window, but Xavi decided to retain him as he considered him a strong squad player.

There are reports that Los Che might revive their interest and if so, Barcelona will aim to receive anywhere between €5-10 million for the defender. If not, the team can also discuss a cash plus player deal in order to acquire Jose Gaya.

As reported earlier, Barcelona already have such a plan in place, albeit with regards to a certain Raphinha. Since Leeds United survived relegation, the chances of Barcelona signing the Brazil winger has down drastically mostly due to their asking price of €45 million.

And so, Barcelona have reportedly decided to make one last push by offering Mingueza as part of a €40 million cash plus player bid. This remains a win-win situation for everyone involved as Mingueza can get regular first-time minutes while Barcelona can finally acquire their long-term target.