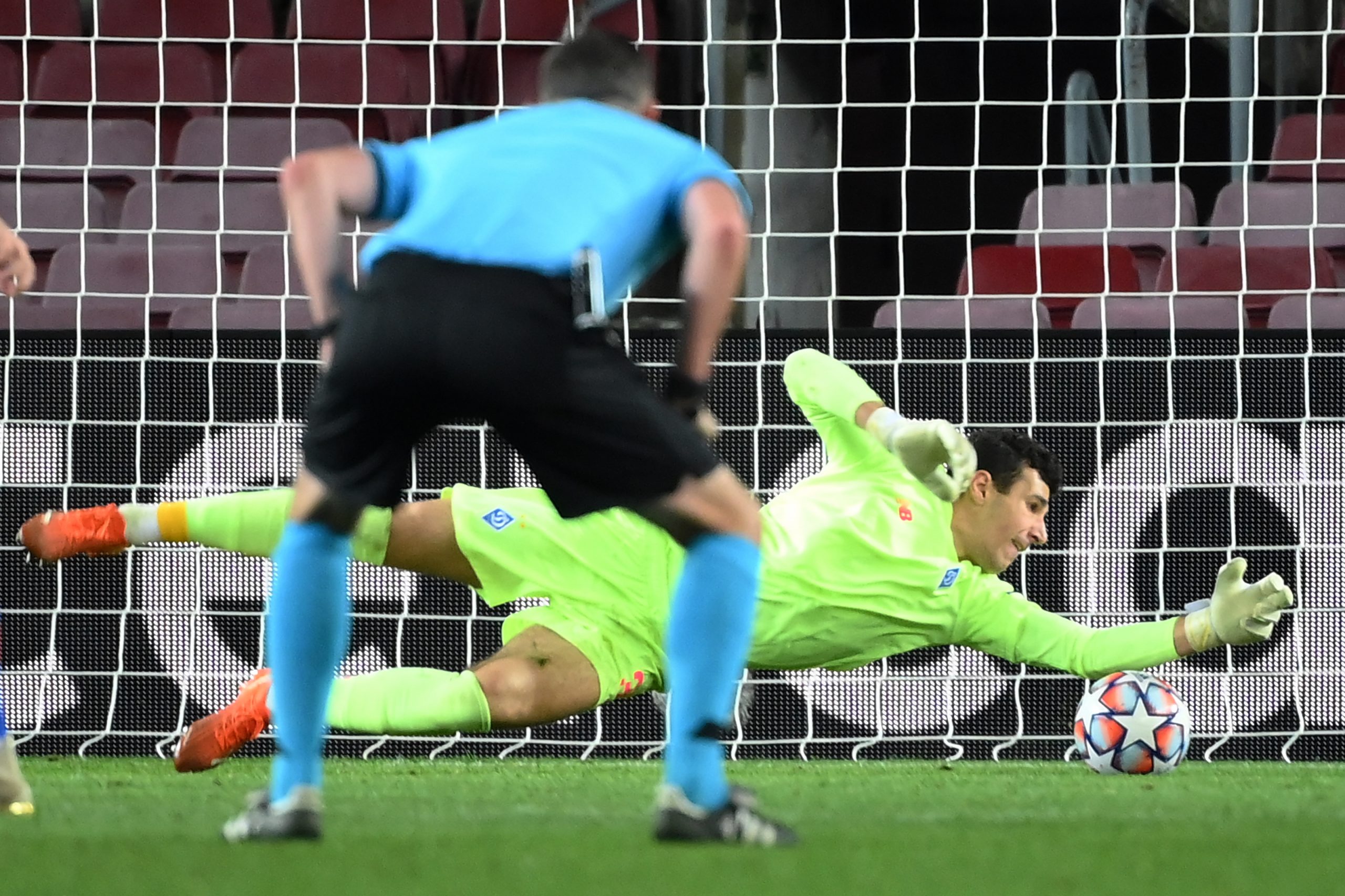 Barcelona didn’t have the best of games against a depleted Dynamo Kyiv on Wednesday. The Ukrainians had many players out due to COVID-19. They ultimately landed in Barcelona with 13 first-teamers less. Mircea Lucescu didn’t have any choice at goalkeeper than Ruslan Neshcheret.

The 18-year-old goalkeeper did not disappoint on his Champions League debut. He lived up to expectations by making twelve saves. Despite letting in two, the Ukrainian still saved insane shots from Ansu Fati, Lionel Messi, or Ousmane Dembélé.

Ruslan Neshcheret made TWELVE saves against Barcelona, the joint-third most by a goalkeeper in a single #UCL game all-time.

The 18-year old making quite an impression on his European debut. pic.twitter.com/DEMRKwRklj

The two most impressive strikes Neshcheret parried were from Dembélé and Messi. First, he tipped La Pulga’s free-kick over brilliantly. He then got a hand on the French winger’s electric strike. A super outing for the teenager. He now enters the European hall of fame. Neshcheret is now the joint-third keeper to make the most saves in a Champions League match.

Barcelona were unfortunate to meet a wall but had one of their own in Marc-André Ter Stegen. This fixture quickly turned to the battle of the goalkeepers.

Neshcheret comes from the Dynamo Kyiv academy and has played 7 games in the UEFA Youth League as well, in which the young gem has managed to keep 4 clean sheets. The 18-year-old has certainly put eyes on him, and we will have to follow up to see whether his performance was a one-time thing, and if not, we can expect him to make a transfer to one of Europe’s giants very soon.